Create an Account - Increase your productivity, customize your experience, and engage in information you care about.

Mayor Toland has served as Mayor since 2012. He maintains an office at City Hall but his hours vary according to his schedule.

Duties of the Mayor

The Mayor is the chief executive officer of the city. In this role, he is responsible for the general welfare of the City. This responsibility is exercised in both a policy-making role by recommending policies to the council, breaking tie votes, and vetoing legislation, and an executive role by seeing that laws are enforced and that city officers and employees properly do their jobs. 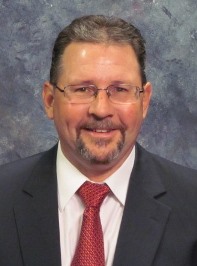 These responsibilities are mandated by State Statute (Chapter 62.09(8) and consequently apply to Mayors in municipalities with and without Administrators. The difference is in the manner that the Mayor exercises his or her executive responsibility.

More information about the Mayor's duties and powers can be found in the City's Municipal Code here.

River Falls was founded in 1848 by Joel Foster and became an incorporated city in 1885. The first Mayor was Abraham D. Andrews who was elected in 1885. Here is a complete list of the Mayors who have served the City of River Falls. Here is a photo gallery of available photos of Mayors.

REPORT IT!
Report a concern
RECREATION
Explore your City