Purchase Your Own Flag

If you are interested in purchasing your own flag, please visit the Flag Center's website for more information. Flag orders will take approximately two weeks.

There were certain specifications that the design had to follow including displaying the name of the City, the date that the City of River Falls was incorporated (1885), and include no more than five colors. After narrowing down the entries to the top five, the community had their chance to vote on their favorite design. Voting took place at City Hall, the Library and on the City's website through the Survey Monkey website.

Once the winning flag was chosen, the design was unveiled during the River Falls Days Parade with a special ceremony at City Hall following the parade. Artist Ben Branum is a local resident of River Falls. In addition to winning the River Falls Flag Challenge, he also received a $200 cash prize from the River Falls Community Arts Base, which helped sponsor the Challenge. 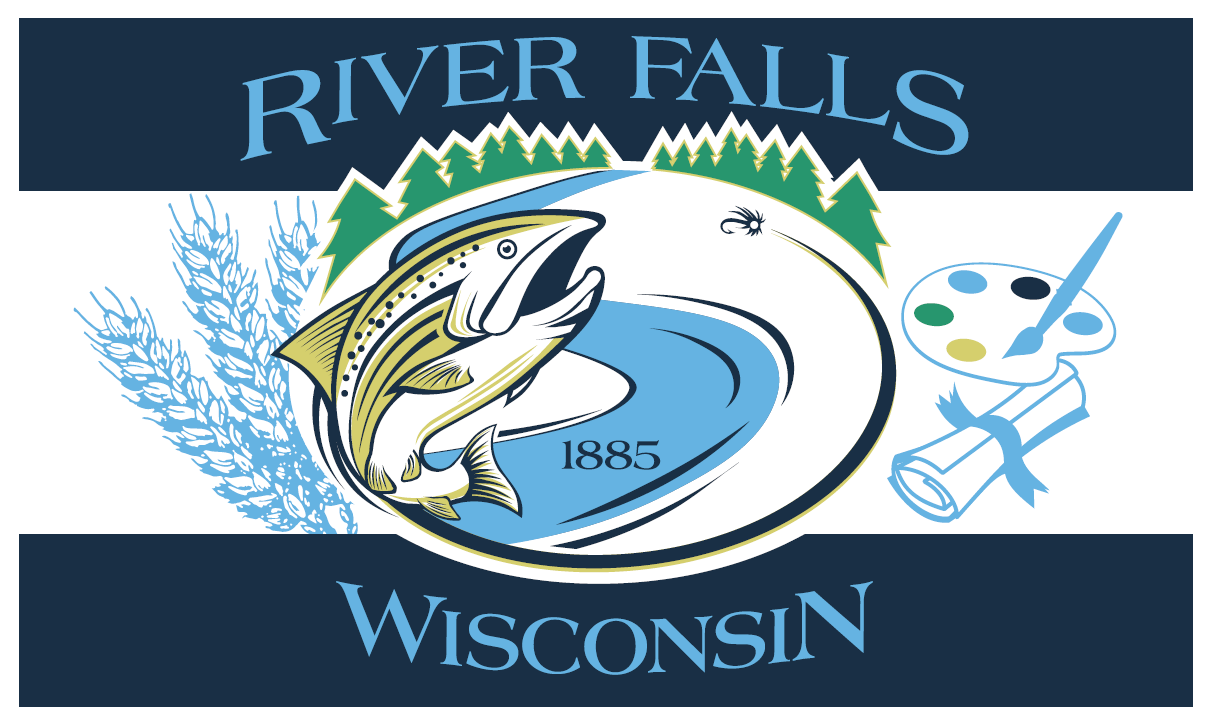